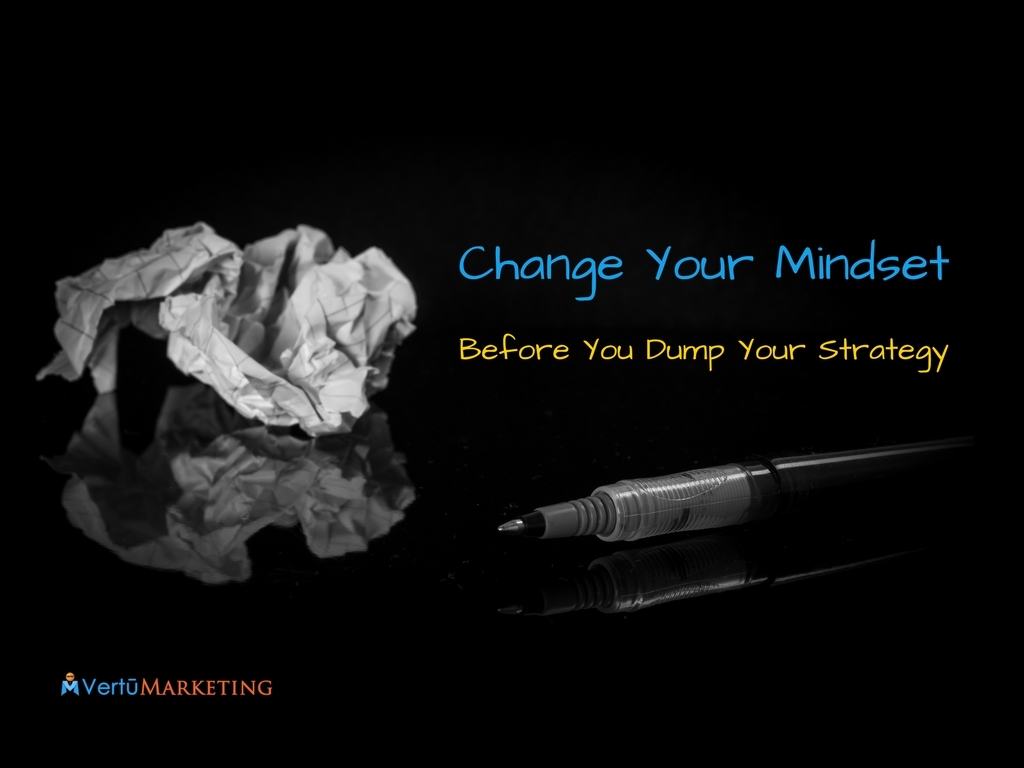 You’re stuck—no growth, no excitement and stagnant profits. Where do you go from here? In these incredibly frustrating standstill moments, it can be difficult to know what to do next, and it’s easy to see why a complete rebranding or daring new marketing strategy is an attractive thought–but that may not be completely necessary. Sometimes, a simple shift in perspective can be all that is needed to move forward. Before you jump head-first into a costly and potentially unnecessary overhaul, think of the following ways you can improve, change and adjust your mindset:

Changing your mindset also involves personal growth. As an entrepreneur, as you grow and change, so will your approach to running your business. Read, learn, seek counsel and research market trends—there is a practically endless list of ways you can improve yourself and initiate growth on various levels. If you change the way you think, it could very well change the way you do business, ultimately sparking growth and progress.

Before you throw all your existing strategies and plans out of the window, start by changing your mindset. Even small shifts in the way you think or approach a problem can give you an edge, push your business forward and help you connect with your target market in a new, fresh way.

There are a lot of “tools” you need to survive as an entrepreneur: social media skills, the ability to close a sale, etc., but few people know how to effectively deal with stress. When you do not have stress management skills, it can take over your life, affect your health and eventually derail your career. Doing any kind of business is stressful from time-to-time, but you do not have to let these stresses take over your life. Even the most high-strung of us can learn how to confront stress and channel it productively, and if you can learn this skill, you may even be able to avoid a few ulcers and gray hairs.

When you start to feel a bit out of control, there are a few simple things you can do to avoid letting stress have a detrimental impact on multiple areas of your life, such as:

These are certainly not the only ways that a person can effectively deal with stress. What works for you regarding stress management may not work for the next person, but you have to find out how you can positively, effectively walk through high-pressure times when you have too much to do and not enough time to do it. Stress is inevitable, but you don’t have to be a victim of it. 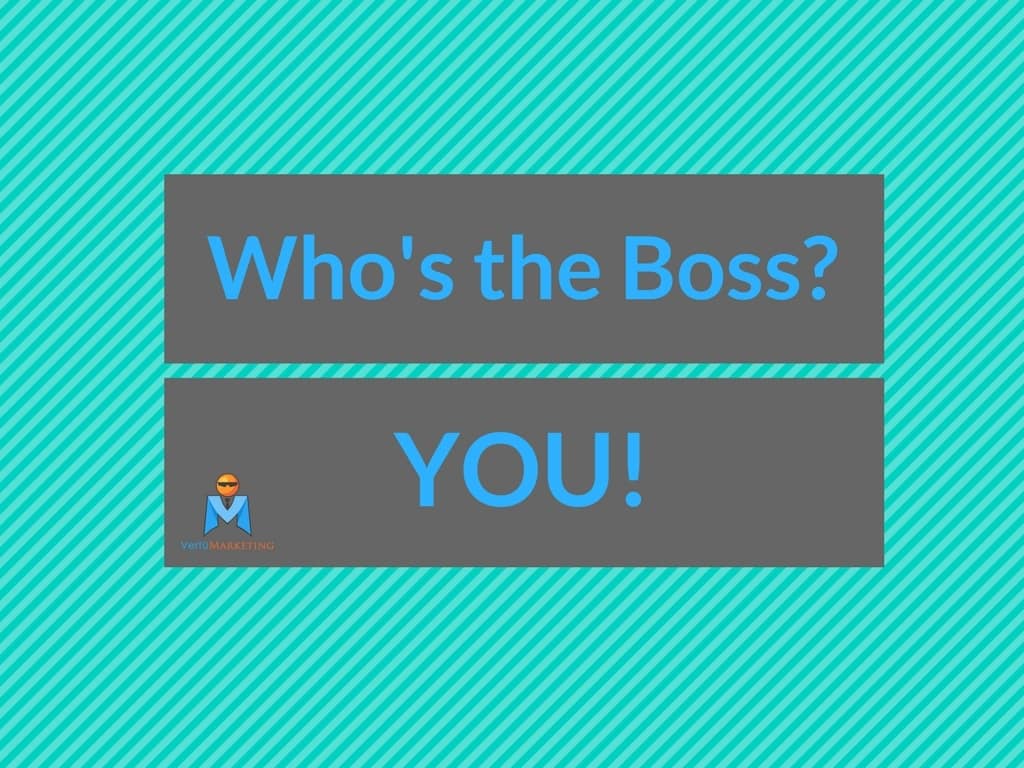 It really doesn’t matter what type of business you have, if you are an entrepreneur, you will face the challenge of learning how to effectively be your own boss. As the driving force behind the success of your business, managing your goals, your whims and even your emotions can be some of the greatest personal challenges that you must overcome on your journey. The appeal of working for yourself and chasing your dreams can quickly become a nightmare scenario if you allow yourself to become ineffective, unmotivated and unprofitable.

As you chase your idea of success, whatever that may entail, you must simultaneously put significant effort into managing the expectations you have for yourself and others. Since there is no course you can take to learn how to “be your own best boss”, you can do the following simple things to help you play to your strengths:

School cannot prepare you to be your own boss. Whether you quit your job in order to chase a specific vision or ended up running your own business by happy accident, managing yourself may be even more challenging than managing others and the various challenges that pop up. A little self-evaluation and a bit of hard work can help you become the best boss you’ve ever had. 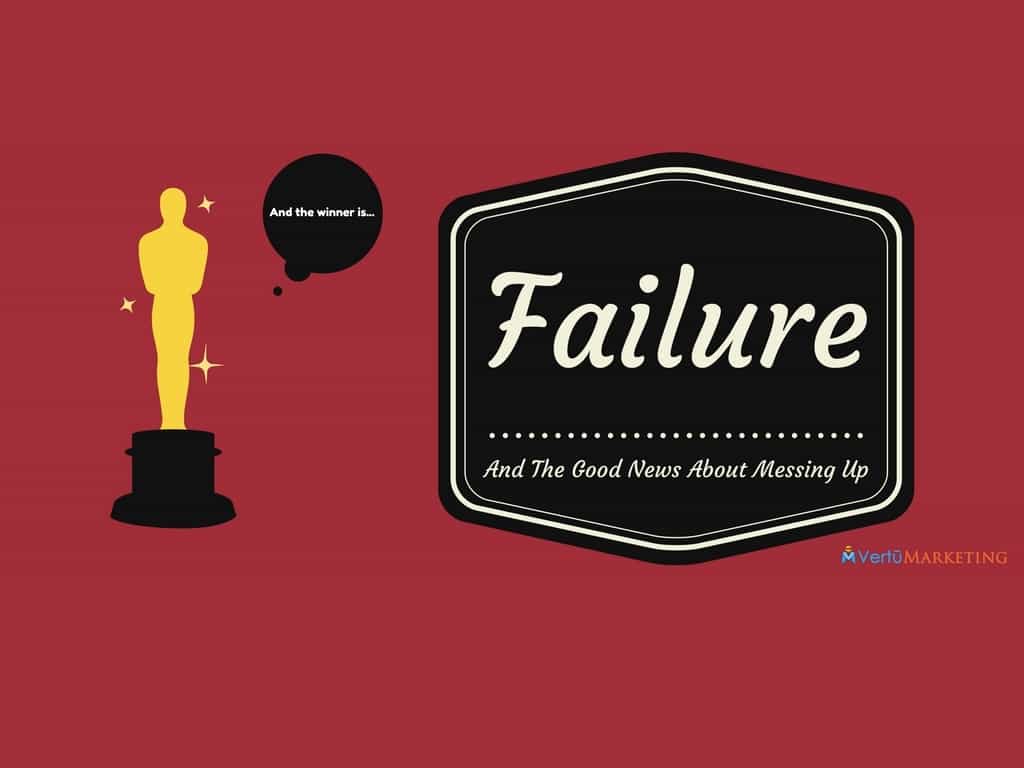 Whether you watched the Oscars this past weekend or not, you’ve probably heard by this point that there was a major, historic and completely baffling mistake at the pinnacle of the program. The presenters were given the wrong envelope for Best Picture. The wrong movie was announced. The wrong cast, crew and directors came onstage and accepted the trophy. Eventually, someone came on stage, switched the envelopes and, finally, the actual winners came up. The result was a stage full of confused and embarrassed individuals and an audience full of shocked stars. How does a failure of that magnitude happen? Someone messed up, big time.

It turns out that an accountant tasked with the job of tallying the votes submitted the wrong envelope. That’s it. Just a mistake, but unfortunately for these individuals, this failure happened with the whole world watching. Have you ever felt like that—like everyone saw you mess up? To fail is human, but to fail in front of others can be excruciating. But there is good news about failure: it does not determine who you are. There is always something valuable to be learned, even if in the moment all you want to do is crawl in a hole and never come out.

Setbacks and mistakes happen. Get up gracefully, apologize when necessary and move forward. Failure can stop your forward momentum, but you have the power to decide if this is going to be just a “pause” in the journey or a full stop. Everyone experiences a “wrong envelope” moment at some point in their lives, but this in no way means that you are not qualified, not experienced, not smart enough or not capable to do what needs to be done. The accounting team that messed up at the Oscars may currently feel like the whole world is on their shoulders, but in a matter of a few days, the world will move on to the next viral moment.

People will move on from your failure, and you should give yourself permission to do the same. Learn from it, try not repeat it, but keep going. Failure is inevitable, but the good news is that you don’t have to be defined by that one moment. 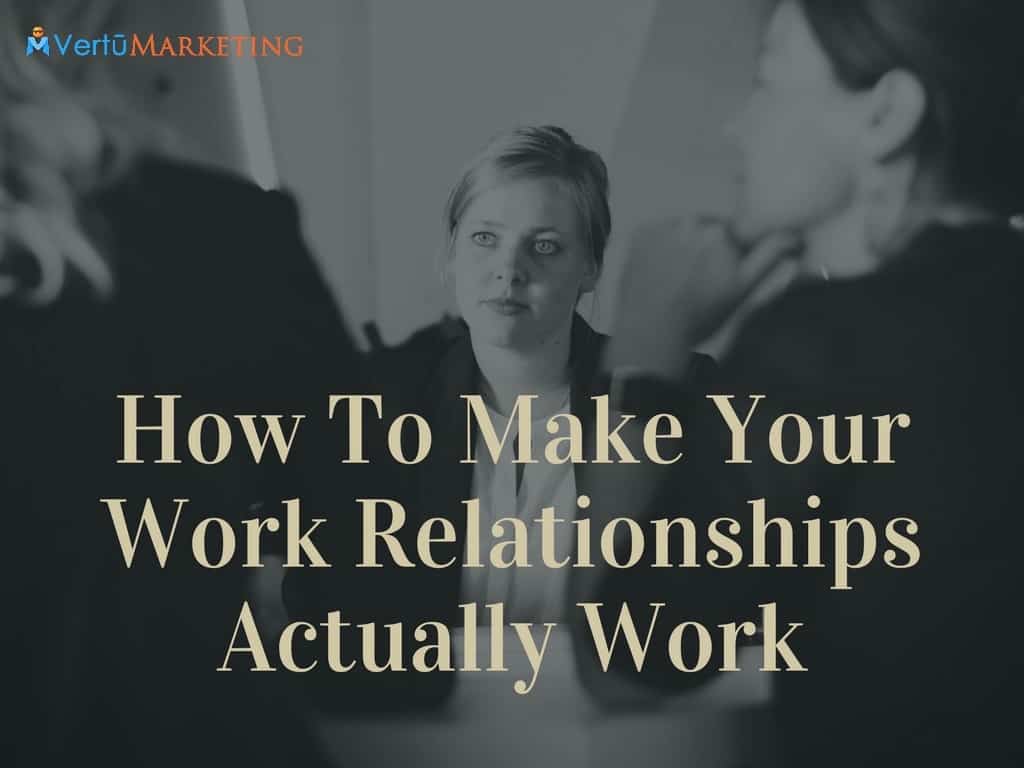 The relationships that you have with your co-workers and people with whom you do business are important, but it can seem nearly impossible to make these key relationships function properly when two parties simply do not get along. Whether it is a one-sided annoyance or sharp disagreements over vital issues, making your work relationships work can be exhausting. While it makes life much easier when you get along with these individuals, it may be good to hear that you can actually disagree or just plain old-fashioned not like a person and still do business. Here’s how:

You will not always get along with everyone in your professional circle, and that’s okay. Learn how to navigate these matters by maintaining a professional demeanor and keeping your eyes on the goal, whatever that may be. Work relationships won’t always be perfect, but they should certainly never stand in the way of doing good business or meeting your next goal.